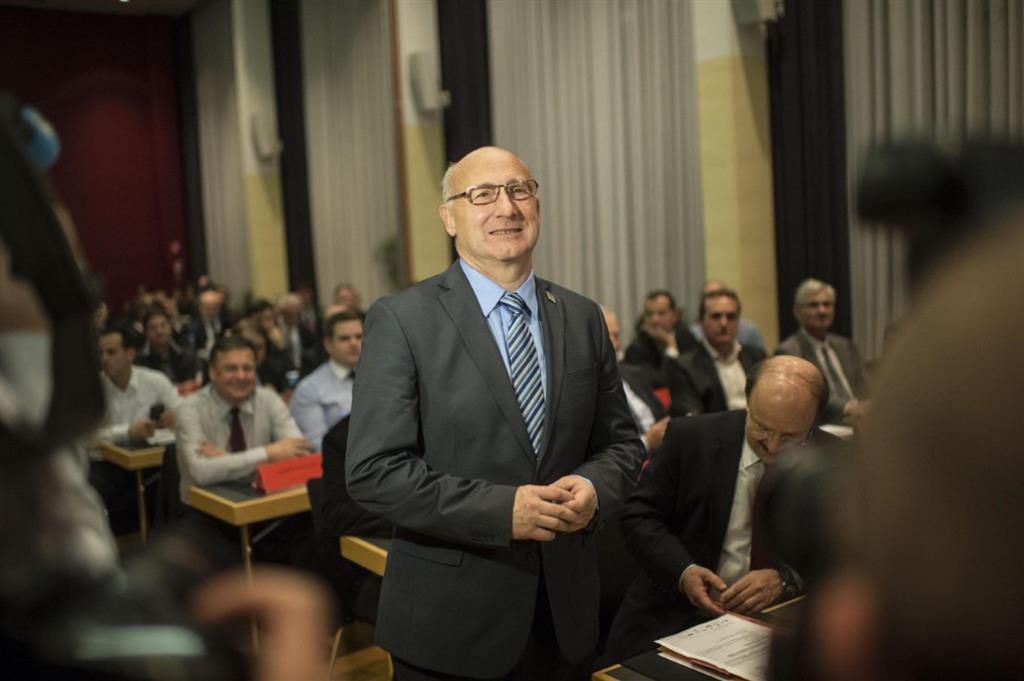 I am happy to announce that Mr. Tomaž Barada from Slovenian Kickboxing Federation and promoter of last excellent European Championships in Maribor 2014, has been elected as Vice-President of the Slovenian Olympic Committee.

This is fantastic news from Kickboxing, which again prove that WAKO have high level rescources and sports leaders. Tomaž Barada is a former WAKO champion and many times WAKO-PRO champion in addition to be involved in Taekwondo. A legend!

On 16th of December the Slovenian NOC had their election of a new complete Board for a period of 4 years. The General Assembly elected the new president Mr. Bogdan Gabrovec – in the picture above , 8 years NOC vice-president and President of Slovenian Judo Federation.

The NOC elected also 3 new vice-presidents whom are:

On the picture below from the right side: Tomaž Barada, president Bogdan Gabrovec, Janez Soderžnik and Iztok Čop.

I congratulate the new Slovenian Board and especially the new President, Bogdan Gabrovec and the new Vice-President Tomaž Barada.