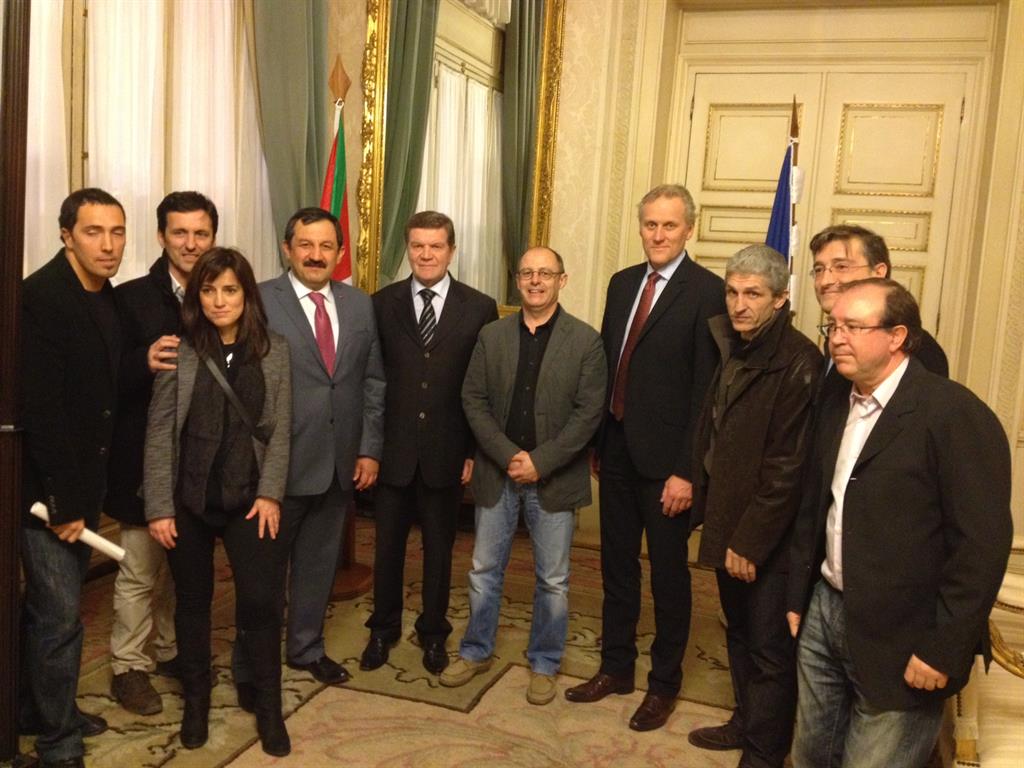 Just back from Spain for site inspection of the two future European promotions.

The promoters in the region, Borja Mendioroz, Jose Vicente Eguzkiza and WAKO Spain President Juanjo Rodriguez welcomed us and first took us to the City Hall of Bilbao to meet Sabin Anuzita, Bilbao Councillor of Sports. The City Hall was a wonderful building and after a talk with the Councillor we had a press conference for the local media.
Later we had inspection of the Sport Hall and main hotels, to find out that quality of the hotels is very good, also distance between hotels and the sport hall is very good and requires easy logistics.
All details are about to be planned and we think that facilities will be good, taking into consideration the short time for preparation. But thanks to support of the Bilbao authorities and the Basque region we are sure the event will be successful.

Later we were transported to San Sebastian to inspect the facilities over there due to the 2015 European Cadets and Junior Championships. Upon our arrival we met Juan Karlos Izaguirre, Mayor of San Sebastian and Jose Ruiz, Councillor of San Sebastian. The meeting took place in the town hall and was followed by a city tour in the old part of San Sebastian. We also visited the sport halls, where we could chose between 3 arenas, situated in the same sport park followed by hotel inspection.
What I truly can say is that San Sebastian is a beautiful and charming small city and the distance between the facilities is good, taking into consideration that we don’t have a big Sport Complex like we had in Turkey last year. San Sebastian is located 45 minutes from the airport in Bilabo, so we think that the place for 2015 championship will be good, also taking into consideration the beautiful area that create some experience as well.

I must end saying that we are very grateful for the hospitality from the Basque region. We are truly impressed of the support our federation have in both cities and the Promotor, Borja Mendioroz has done a great job. Upon our arrival we got a detailed schedule, a prospect of the Hotels and the Sport Halls and in our visit at all facilities we were assisted by the local sport authorities and the local tourism and travel agencies. Very well done. We look forward to going to Spain!