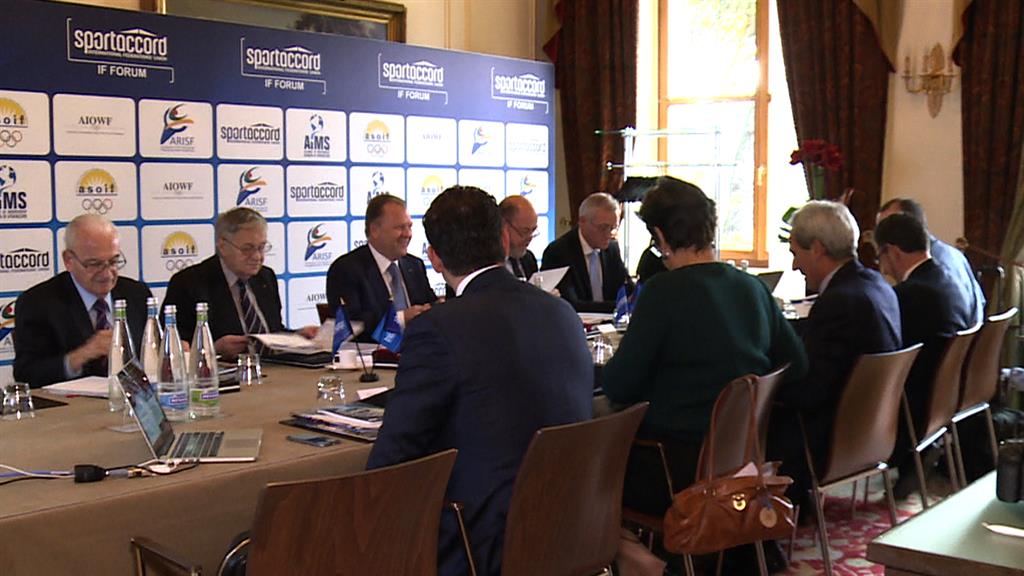 Espen Lund participated in the SportAccord IF Forum in Lausanne and SportAccord Council meeting in Lausanne this week as member of Sport Accord Executive Board.
As a result of a productive week for the sport of Kickboxing and WAKO in its quest for higher international recognition important updates for our members:

SportAccord World Combat Games : we still await for the final decision of the next hosting place for the Games. For sure, the next edition will not take place before 2017, but due to certain circumstances, still to be clarified, it has taken some time to negotiate conditions that will benefit our martial art organizations. We wait with excitement for final decision and Acting President will be the first one to inform you all through all channels.

World Games : a meeting with World Games President, Mr Jose Perurena Lopes, was held initiating some introductory talks to prepare WAKO to become a full partner of the Programme from 2021.
In January the IWGA board will decide the 2021 edition of the Games. Today 3 applications are evaluated; UFA, Russia – Birmingham, USA – Lima, Peru.

AIMS : Lund had working meeting with the AIMS group within SportAccord, preparing the first General Assembly in April 2015 creating statutes, structure of the association and defining needed priorities to assist and serve the 23 IFs member of that group.

Acting President met IOC Sports Director, Mr Kit McConnell, for some informal talks as the chairman of AIMS and briefly possibilities. WAKO look very much forward to the next IOC session where they will discuss and decide the Olympic Agenda 2020.

On Wednesday a very positive conversation was held with the President of the International Fair Play Committee, Mr Jeno Kamuti, who signed a recent agreement with SportAccord and during the last Youth Olympic Games in Nanjing, China, launched several educational activities.

SportAccord Academy is a reality and it will be launched within the movement shortly. This will be a tool for the IFs to use, both to educate its staff and as an offer to its membership associations in order to develop the sport and to secure recourses in each IF. Tools both with general sport/cross sport material and IF related and sports specific material have been prepared. This will be a huge opportunity to educate IF personnel.

Cooperation with Euronews has been launched and several concepts will be created from January 2015, as weekly newsmagazine and coverage of various news including building profiles. This is a huge opportunity for our IFs and that WAKO must exploit.

Cooperation with Taishan sports good supplier has been launched.

Last but not least, WAKO Acting President met the famous icon in Gymnastic, Nadia Comaneci, from Romania, now living in the USA.

For more poictures please look at the photo gallery .