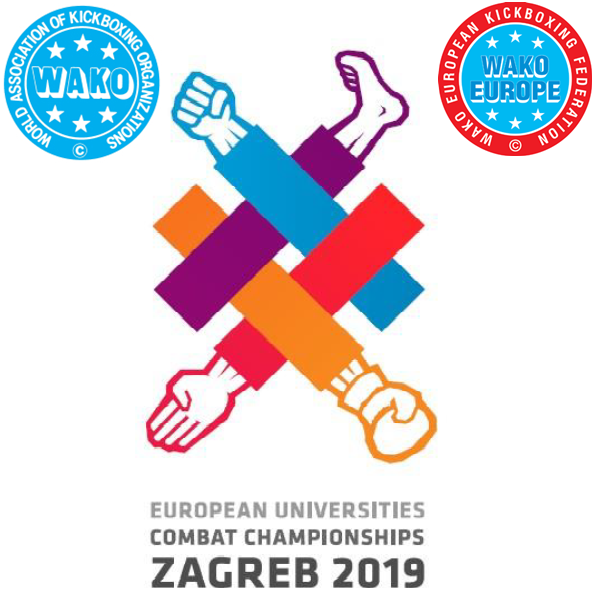 More than 1300 entries in all four sports has been regeisterd for the participation at upcoming 1st edition of the European Universities Combat Championships in Zagreb.
This is a unique concept and for the first time under the EUSA brand there will be four combat sports competing among European Universities.

WAKO Kickboxing is for the first time at EUSA championships and already prooved mass interest among European national WAKO members. Kickboxers of 40 Universities from 22 European countries will be in the run for the medals. In total, in Zagreb will be more than 1300 competitors from 400 European Universities and from 35 countries.

Qualifications for this Championship have been held as separate qualifying tournaments for the EUSA Combat Championships or qualifications as a part of National kickboxing championships. This prooves that in Zagreb will compete the best fighters of Europe.

Sport program will be held in the Sport hall “Dom Sportova I” – main hall with capacity of 5000 seats.

The rooms are mostly double with certain number of single rooms. Within the University campus “Stjepan Radic” on disposal there are 2 restaurants, pizzeria, cafeteria and a confectionery with a big terrace where catering for EUSA Combat Championships – Zagreb, Croatia 2019 will be served.

The whole event will start with the Opening ceremony on 31st July, after all teams are accredited. Competition in disciplines Point fighting, Light Contact and K-1 Rules will last two days.

WAKO and WAKO Europe consider this championship very important as the students sport is on the high priorities list for the development of WAKO.