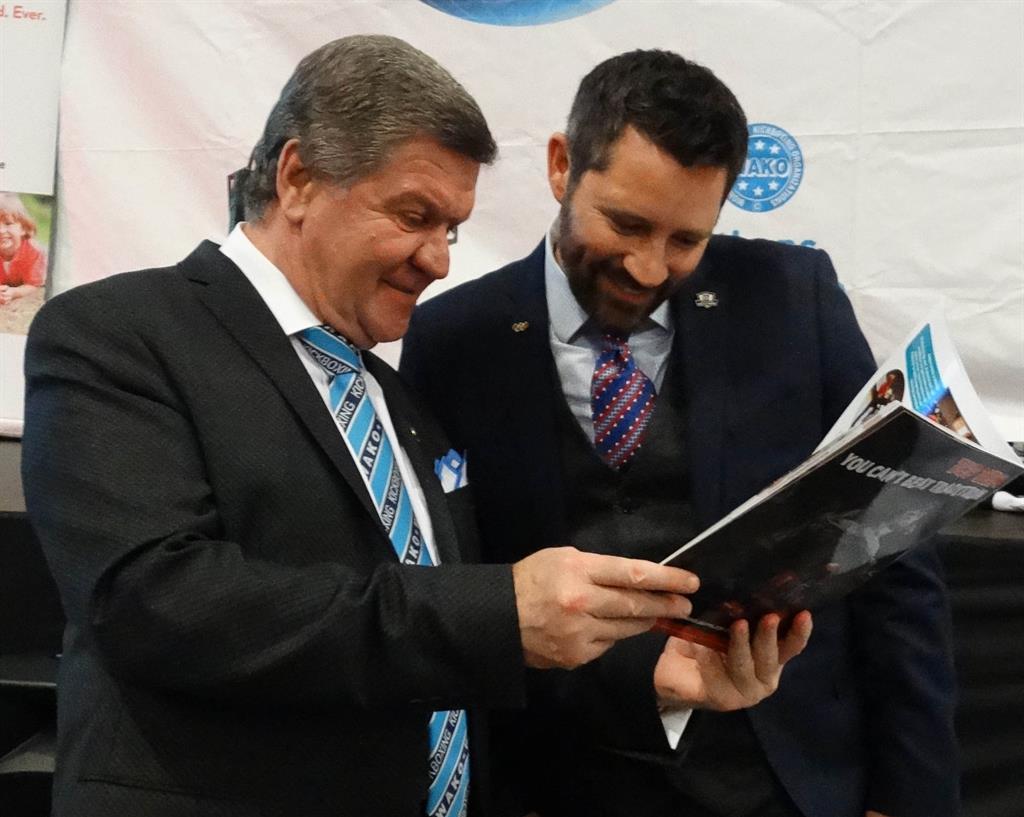 During the SportAccord Convention, there was an important meeting held between WAKO delegates: Borislav Pelevic, Espen Lund and Roy Baker, and IOC Sports department representative Mr. Mike Joyce.
(In the picture on left Mr. Mike Joyce with Mr. Borislav Pelevic, WAKO President)
After Mr. Mike Joyce visited Irish Open International Cup at the beginning of March in Dublin where was organized the meeting concerning the second update of the WAKO Application for the IOC recognition, this was the third time where the Application was inspected.

(In the below picture Mr. Roy Baker and Mr. Mike Joyce at Irish Open)

On the meeting, there was the third, fulfilled and completed WAKO Application presented, all with new WAKO promotional video.
IOC representative Mr. Mike Joyce was satisfied with how the things are going on with WAKO and expressed sincere hope of positive outcome of the process until the end of 2017.