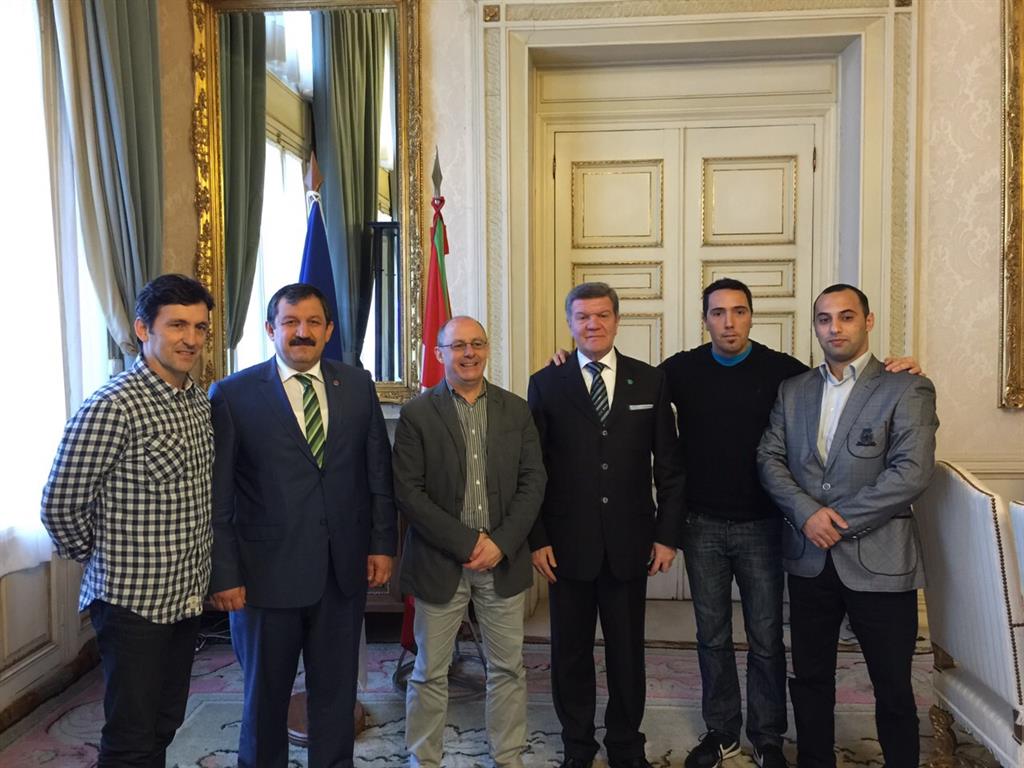 President of WAKO Europe prof. Borislav Pelevic, First Vice-President Mr. Roy Baker and Vice-President Mr. Salim Kayici visited the host city of the Cadet and Junior European Championships, and the mayor of San Sebastian Mr. Juan Karlos Iagirre Hortelano. The meeting in the City Hall was attended by Mr. Borja Mendioroz and Mr. Joxe Eguzkiza on behalf of WAKO Spain which is promoter of next Championships.

The mayor promised full support and he said that this Championship is very important for the promotion of San Sebastian.

This Championship is fully supported by the Government of the Baskian Country, the richest region of Spain, and by the Director of Youth and Sport.

The WAKO European delegation visited the Stadium and official hotels in San Sebastian.

The day after they held a meeting with the officials of the two existing kickboxing federations in Spain: WAKO Spain and F.E.K. They have tried to surpass the misunderstanding between them and integrate them in only one federation.

The final decision about the kickboxing situation in Spain will be reached at the next meeting of the WAKO Europe and WAKO IF Board of Directors.