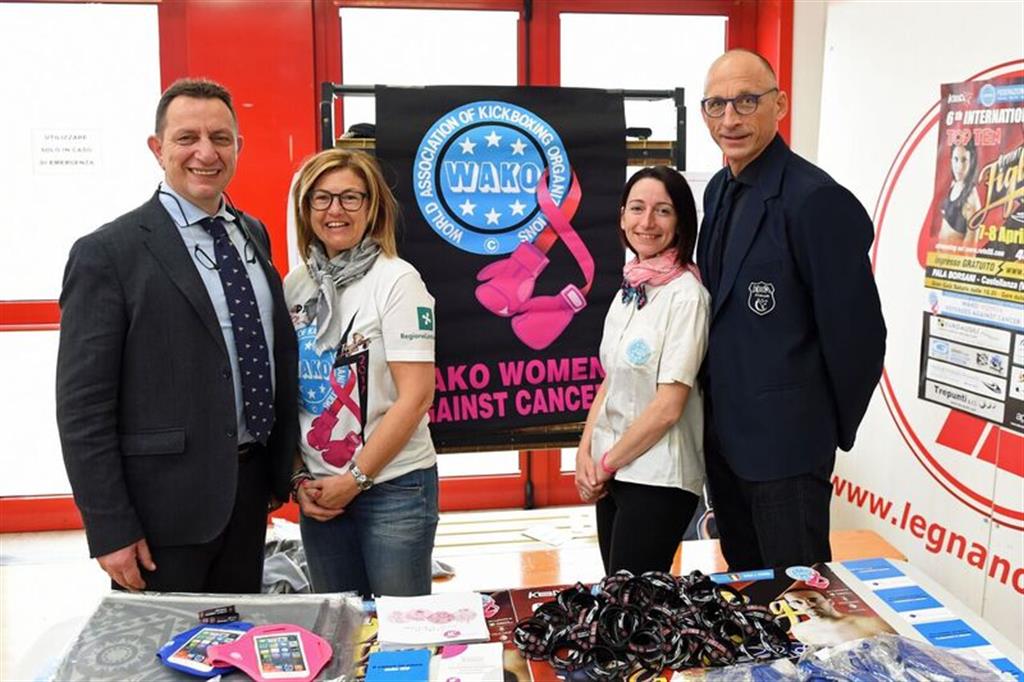 WAKO continues promoting the social campaign “ WAKO WOMEN AGAINST CANCER” which started last year in occasion of the POINT FIGHTING CUP Tournament, held in Castellanza (VA), Italy, and went on during Yokoso Duch Open in Amsterdam. This year the capaign already took place first at the Athens Challenge Torunament 2018, then during Yokoso Dutch Open and finally again at the Point Fighting Cup 2018 during which WAKO promoted once again PREVENTION against breast cancer supporting the clinical researches and projects of the Italian Foundation FONDAZIONE IEO – CCM .
This year, too, during the POINT FIGHTING CUP Tournament in Castellanza (April 6th, 2018) some merchandising like bracelets, t-shirts and foulards, were sold with the only purpose to donate the funds collected from the sale of the products to support the project WOMEN’S CANCER CENTER run by the Foundation IEO – CCM.

1.035,00 € were collected and were trasferred from KBA to Fondazione IEO, as you can see in the Pdf document attached below.

Wako Women against Cancer at IpointFighting 2018