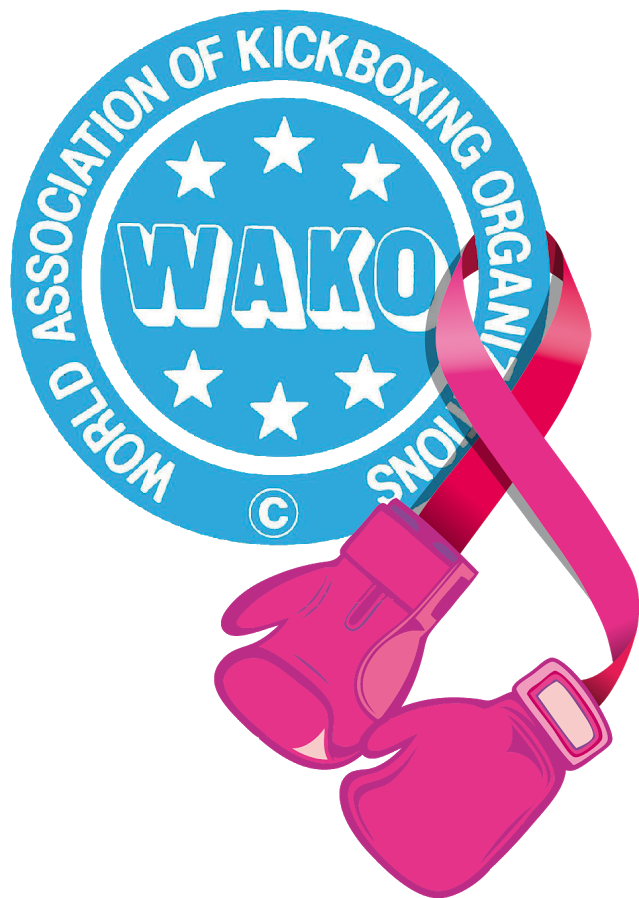 WAKO is proud to announce that in occasion of next POINT FIGHTING CUP Tournament, that will be held in Castellanza (VA), Italy, on 1st and 2nd April 2017 , an important social campaign will officially begin, “ WAKO WOMEN AGAINST CANCER ” to promote PREVENTION against breast cancer and to support the clinical researches and projects of the Italian Foundation FONDAZIONE IEO – CCM .

Promoter of the Point Fighting Cup, KBA of Mr. Andrea Ongaro, has joined forces with WAKO and Italian Kickboxing Federation (FIKBMS), in fact during the event some merchandising like bracelets, t-shirts and foulards, will be sold with the only purpose to donate the funds collected from the sale of the products to support the project WOMEN’S CANCER CENTER run by the Foundation IEO – CCM.

The initiative could start and realized thanks to Ms. Benedetta Teruzzi, WAKO referee from Italy.

Following example of the Point Fighting Cup WAKO would like to invite other promoters of WAKO events to take action and get interested on this very important social campaign “ WAKO WOMEN AGAINST CANCER ” to make it happen worldwide in their national territories.