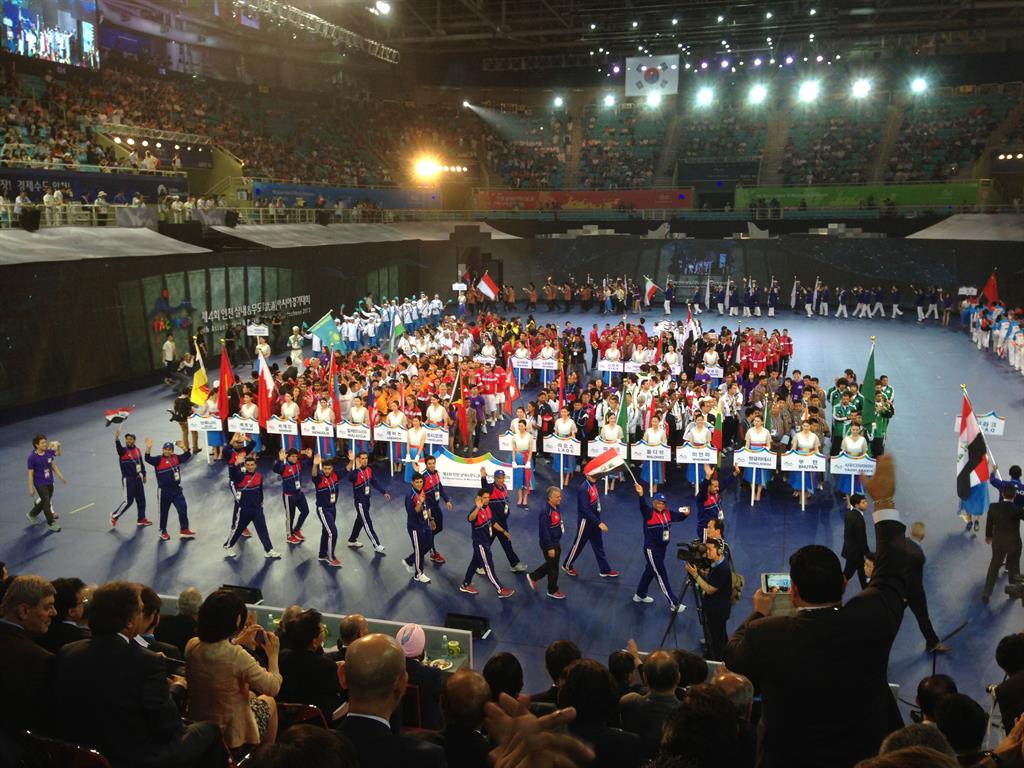 Witnessing the Asian Indoor and Martial Art games, I must admit that it has been a huge success. The arena Dowon Gymnasium was intimate and the setup in the sporthall was perfect with 1 ring and 1 tatami. The organizer in Incheon naturally had a very strict standard since this is organized after OCA Games protocol, but Nasser Nassiri with his team has in all technical aspects related to Kickboxing made this one of the best events ever. Televised in over 15 countries in Asia the pictures sent was very nice and gave a good promotion for our sports in Asia.

I was also impressed by the quality of the fighting spirit from the athletes from the 15 countries in the participating disciplines Full-Contact, Low-Kick and Point Fighting. Expecting always high performance from central Asian countries such as Uzbekistan and Kyrgyzstan etc, others Asian countries like Jordan, Korea, Iraq and Vietnam impressed me. I must in particular outline Vietnam, with the short history in our WAKO family (WAKO Vietnam has been founded by Nasser Nassiri back in March 2009), WAKO Vietnam showed high quality winning all their finals.WAKO Korea had two great finals in Low-Kick showing that their job in developing kickboxing in their country have had a great progress. The final in Low-Kick -81 kg was awesome where Korea beat Uzbekistan after a thrilling match and in particular an intense 3rd round – but that was just one example.

To end, witnessing proud Vietnamese athletes with tears in their eyes at the medal podium was touching to me and indeed a picture that gave kind of Olympic spirit to our sport. Great sportsmanship.

Thank you to everybody in the Asian organizing committee, to WAKO Asia and to Nasser Nassiri particularly.

This was a great event for the sport of Kickboxing.