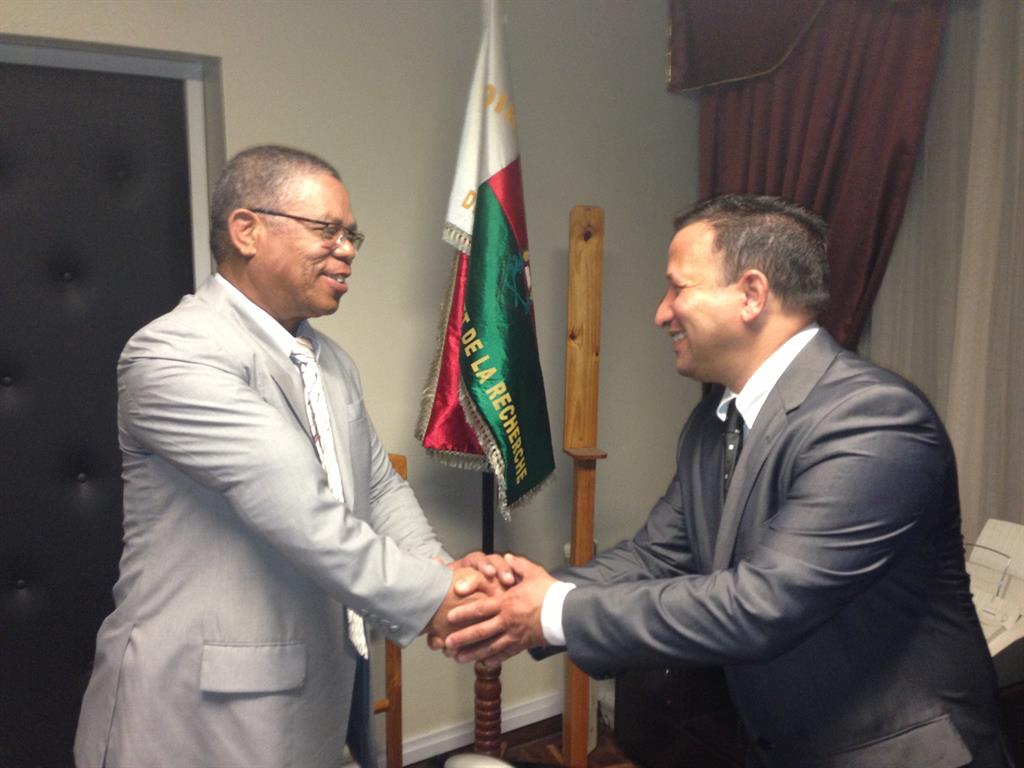 WAKO is trying to develop kickboxing among the Military Forces all over the world. Commonly used among security forces, kickboxing is becoming more and more popular in the different sector of the Military Corps. That’s why we are planning to have a first World Military Kickboxing Championship which will probably be organized in Madagascar later on this year.

In the picture, Mr. Elkaim and the Minister of National Police of Madagascar.